Reproduction poses certain problems for sessile organisms, since they cannot actively search for a mate. Many types of corals and sea urchins therefore employ a slightly different reproductive technique, releasing gametes into the water where they hopefully will join up with their counterparts to produce a new generation. The ultimate success of this method relies on synchronous spawning to ensure that the male and female gametes actually meet up. However, there is much debate as to the nature of the cue itself.

A paper put forth by Levy et al. in 2007 hinted that cryptochrome protein cycling, which regulates circadian rhythms in plants and animals based on the levels of blue light, was set according to lunar cycles and enabled the coral to determine the month and day. Similarly, in 1988 Cynthia Hunter showed that lunar phase, seawater temperature and day length all have an impact on the spawning period of several coral species.

Although these might be a form of broad cue to indicate spawning season, they don’t really put forth an answer as to how corals can spawn within such small timespans as days or even minutes for some species.

A recent paper by Alison Sweeney entitled “Twilight spectral dynamics and the coral reef invertebrate spawning response” indicates that coral reefs, specifically Elkhorn Coral, may be synchronizing their spawning times with the twilight periods of the evenings immediately following the full moon, but rather than using cryptochrome proteins for the minute regulation, they may be using opsins. 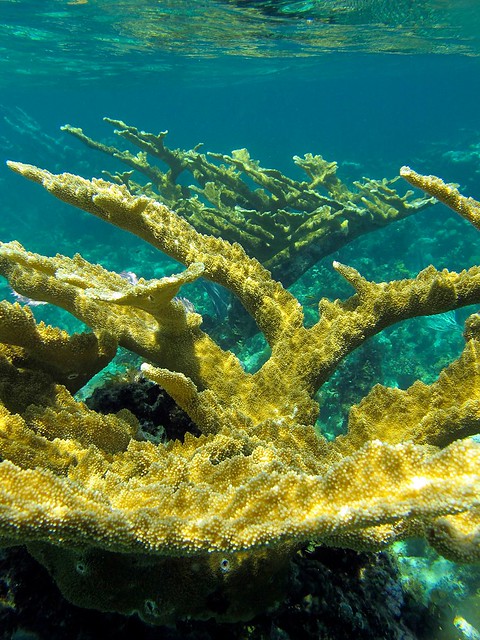 Compared to the nights preceding a full moon, the actual night of the full moon is significantly bluer due to the fact that this is the first night of the lunar cycle in which the moon is found at or below the horizon at sunset, therefore ensuring that is doesn’t contribute red-coloured light to the hue of the twilight sky. This shift from red to blue becomes more and more pronounced in the nights after the full moon, peaking in intensity two nights after the full moon.

The corals then take their cues from the colour and intensity of the water around them, which reflects the colour of the sky.

A rapid change in twilight colour from red to blue on the nights following the full moon is believed to be the actual cue for spawning, which would explain how such a narrow window of time is cued among each individual coral, and thereby ensuring maximal reproductive success as a species.

Dr. Sweeney believes that some types of sea urchins also synchronize their reproduction using this method. These changes in water colour are likely identified in the same way in corals as they are in sea urchins; by using their entire body as light-sensing organ. 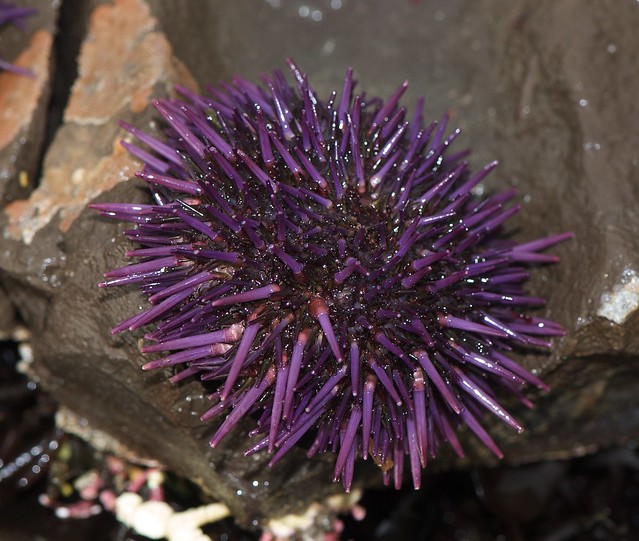 Sea urchins also possess these light sensing opsin proteins. These differ from cryptochrome proteins, which simply regulate time according to light intensity and colour. Instead, opsins are primarily used for image formation in retinas. Recent genetic sequencing of purple sea urchins (Strongylocentrotus purpuratus) by Maria Ina Arnone found that these opsins were located in the animal’s tube feet. Taken together, these feet act as a giant compound eye. Each foot acts like an individual pixel on a monitor, combining to produce the whole picture.

These compound eyes aren’t very useful for predatory animals, since diffraction reduces the angular resolution or focus of the eye, but they are ideally suited to prey. This large array of photoreceptors provides the whole picture, enabling the animal to detect movement and changes in light with incredible accuracy.

Elsewhere on the internet

Other places you can find me online